The Top Alcohol driver made two passes in Pat Dakin’s Top Fuel dragster at Summit Motorsports Park in Norwalk, Ohio as part of the licensing process.

“It was a heck of a day,” said Michalek, 30. “I’m eternally grateful that Pat Dakin gave me an opportunity to achieve a dream of standing on the gas in a Top Fuel car, for Scott Graham (Dakin’s crew chief), giving me a full race car to license in and see if I had what it takes to go to the stripe, and for the rest of the Commercial Metal Fabricator’s team for their time, support, and guidance to help me through the process today. I can’t overemphasize just how big of a deal this was for me.”

“You hear so many people talk about how intense the acceleration is in these cars,” Michalek said. “I remember the jump from Super Comp to A-Fuel was substantial. I anticipated the same from A-Fuel to Top Fuel, but I don’t know if I was accurately understanding how drastic it would be. It was one of the most intense experiences I have ever had in my entire life. When it gets out to about 400 feet and the clutch locks up it is like going through the Twilight Zone. It is unbelievable how hard that thing hooks up.”

Michalek is upgrading his license from an alcohol dragster license. He was unsure if the passes he made Monday would be enough to get a Top Fuel license. If not, he will finish the process another time.

“We started the process of exploring options within the next level (Top Fuel),” Michalek said. “That Top Fuel car is pulling harder at any point during the run than the most aggressive acceleration during a run in an A-Fuel car. I thought I was prepared for it, but until you actually feel it, no way. It was a blur.” 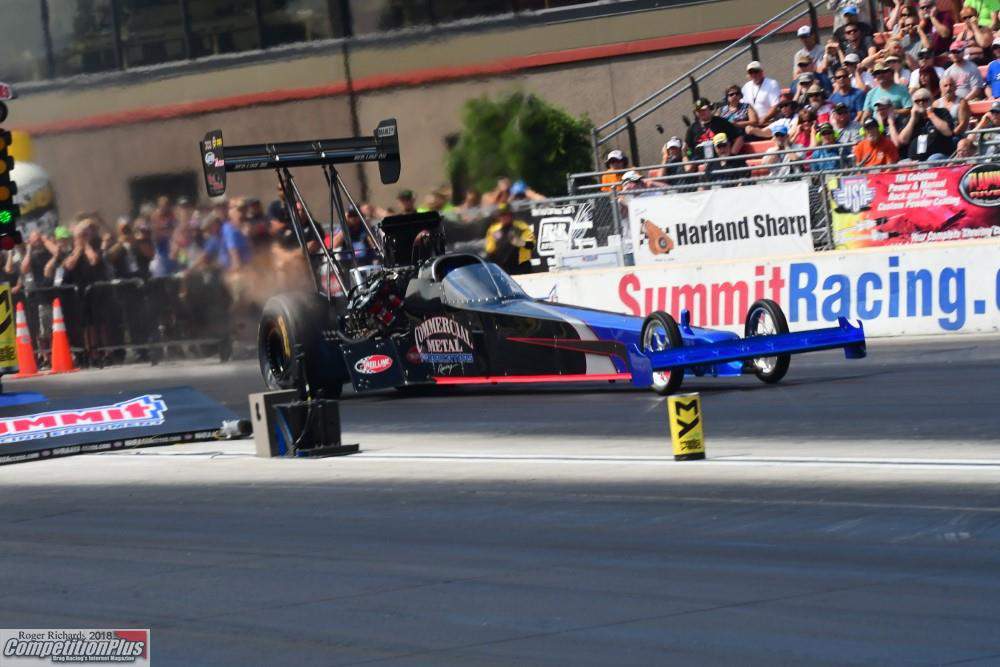 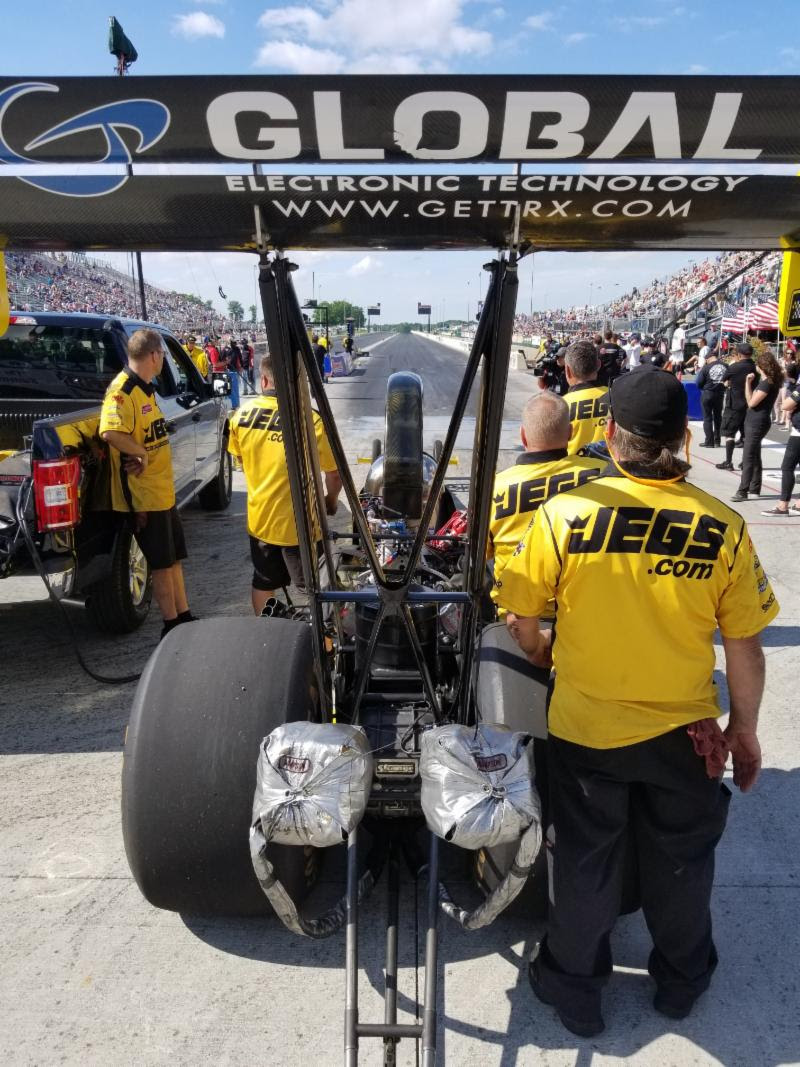 ​
"I got to know T.J. when he was driving for Kalitta Motorsports, and we met his fiancé Brenna and the entire Coughlin family during that time and we just fell in love with all of them," said Global Electronic Technology founder Steve Bryson. "Their family is like my family and the values we share and the lineage they have attracted us the most.

"The Coughlins are winners, both at the track and in business. They're very competitive and everybody over there has a drive and determination that makes them successful. These are my kinda people. When T.J. left to drive Top Alcohol, we didn't hesitate to continue our support. I think he'll be back in Top Fuel one day and I want to be there with him when it happens. I believe in the kid."

Coughlin didn't take long to show his appreciation to Bryson. Just days after signing his new deal, he drove to victory at the annual Cavalcade of Stars presented by Budweiser in Norwalk, Ohio. It was the 13th career victory for the third-generation pro and his first in TAD. He's also won races in Super Comp, Super Gas and Super Pro.

"Steve and Samantha Bryson are just wonderful people and I am very thankful for their friendship and support," Coughlin said. "They have such big hearts and I am very lucky to be involved with them and absolutely honored to advertise a great company like Global Electronic Technology.

"They run an awesome merchant services...
Continue...
Duane Shields Goes to Quarterfinals in Norwalk
0 1,192 by News Editor : Jun 26, 2018 at 6:12 AM
Norwalk, Ohio - Even though the weather didn't fully cooperate, it was a good outing for Duane Shields and the PEAK Team. They did everything right but lost a very close nail-biter in the second round of eliminations at the 12th annual Summit Racing Equipment NHRA Nationals. “It was a rain plagued race which always effects the race teams and makes the event a guessing game” Duane noted.

Duane qualified fifth with a respectable 5.31@ 276 MPH. This set up a showdown between Duane in the PEAK Dragster and Corey Michalek. At the hit, Michalek pulled off an impressive 0.010 reaction time to Duane’s 0.037. Unfortunately for Michalek, his great reaction time was all for nothing as he immediately lost traction right off of the starting line. Meanwhile, Duane was on a clean pass and stopped the clock with a 5.33 at 272 MPH for the win.

In the quarterfinals, Duane took on Troy Coughlin Jr. This race turned out to be one for the highlight reel. At the startingline, Duane was out of the gate first with an 0.059 to Coughlin’s 0.077. Both cars were side by side with Duane slightly ahead by mid track. Then, Coughlin was able to overpower Duane and command the lead. At the finish line Coughlin held on by inches, taking the narrow win with a 5.28 at 276 MPH to Duane’s very close 5.32 at 275 MPH. “They had good MPH at half track and I think that was the race. It’s disappointing to see them slow down in the next round after they had their best run against me” Duane said.

Next weekend the team heads to Lebanon Valley Dragway in New York. If you are in the Northeast, this will be your chance to see the nitro fueled dragsters up close and personal. “The car is running great and my driving is good so we’ll roll into New York expecting to do well” Duane said. The race team would like to thank PEAK Antifreeze and Motor Oil, Final Charge, Blue Def, NGK, GRP and Brad Anderson Enterprises for their support.
Continue...
Page 8 of 37